I did [a visual] meditation in April 2011 with an apple. [An online friend suggested it], but warned me that I have to have a strong mind to handle what I’d see. Well. It brought [up] more figures [from my collective unconscious] of people, [to which] I [created] a story about it.

There was a woman, and three men. The woman was a dancer. Two of the men, whom were twins, were her love interests. They were always at her shows; they were wealthy men. One man was good, caring, and motivated her. The other one was taunting, laughed at her, and insulted. Yet she loved both the men and they loved her, but it came to a point, where she had to choose between them. She was confused, though, and didn’t want to choose. So, the nice twin retreated, until she made her choice. But the evil one did not. He taunted her, and became violent.

The nice twin still came to her shows, but he stayed in the shadow. He didn’t want her to see him. One day, after a show, she was still dressed even, in her dance wear – it was white. She was a ballerina. There was a bridge near the studio she performed at, it must have been New York or some big city I do not know, it looked as if it was in the 1950s, though, not recent times. Anyways, this Evil twin I call him, made the woman depressed. She walked over to the bridge and came to the railing. She went over, but held on for a bit, taking in the feeling of the rushing ocean under her. She even felt the wind.
The twins were there, the evil one continued to laugh, but he stayed a distance. The nice one came up to her, worried and scared, she looked back and saw him. But as he got closer she let go, he missed her by a hair. He got mad at his brother. He knew it was his fault, or felt it was, he rushed at him. His brother just laughed and did not care if he hit him. I do not remember the words he said, but the Evil twin said something that stopped his brother. His brother eventually did walk away.

The body of the ballerina eventually washed up on shore, near where the bridge was. She was bloody, as if she was stabbed. But I don’t remember seeing that, when she jumped. Only after she floated to the top of the water, eyes closed. During the first week of my meditation I saw this. A series that lead to that, but some days she’d jump, others she’d be saved by the nice twin. It would change a little, but the story was the same.
Towards the second week [of this meditation], when the apple began to lose its freshness, it would send darker images. One evening the ballerina left the studio alone, though there was a crowd of people outside, everyone loved to watch her dance. The Evil twin and two of his friends were there, and caught the woman. She became frightened. The evil twin said something, but I couldn’t make it out. It wasn’t pleasant, so maybe I blocked it out. She tried to get away from them, but they closed in on her. They began to beat her, she was badly beaten. I saw the markings after it was done, was mainly on her ribs and back. She was curled up in a ball, her face protected. I look back now, same markings as the one I had in a dream of me and my older brother Ryan, once before.

The second week, when the apple began to rot. I saw her get beat, possibly raped, and she became pregnant. You know what she gave birth to? Twin boys. They looked like me this time. similarities of me. Yes, one nice, one mean, one dies, though, in a car crash.

The nice twin married the ballerina, his brother gets killed but the twins the ballerina gave birth to was caused by the Evil twin, not the nice twin. But he took care of her and them anyway. But yes, it is a cycle. Three days before I stopped this meditation, the little boy, about age 6, dies in the car crash. His brother lives. The ballerina then becomes depressed and on his 13th birthday. She goes to that same bridge, well its different but a bridge the same, near a park or something, it was sunny nice day, and she jumps again, but this time, it was her son trying to save her.

The last three days, I didn’t see the images anymore. But gardens of the like, as if I were walking through garden of paradise or something, each time I felt complete happiness, that ended as soon as the meditation would. I use to see a face in the apple, the shapes would turn into a face but those last three days, it was an owl. Owl is a symbol of death. Each of those three days I noticed, a tunnel forming to my left and a light coming from distance to my right and the owl in the apple. The final day, the light was over my head, and tunnel clearer. I didn’t walk through the tunnel. The mediation was an hour total, I was to do it before the sun had set each evening. I was to meditate looking at the apple for half an hour. Then walk, breathing in and out slowly, for another half an hour. Then sit by the window and drink a cup of tea with nothing added to it. That final day, I did not walk though. Thoughts of suicide entered my mind. Through that last week. So I had to stop the meditation, but I saw what I had to know.

The Spirit that Moves Me

For the meditation, you are to get the freshest apple possible. If possible, one that was just picked. [It has to be the same apple during the entire meditation, and it cannot be replaced.] And meditate to it until it has rotten, but don’t eat it lol. Keep the apple in a safe place where only you have access to. I did the meditation for two weeks. 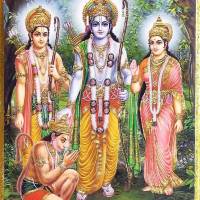