A post on Schizophrenia and Psychosis, the imagery within the ‘disorder’, the religious aspect of ourselves, and the connection to the unconscious and in-turn ourselves through the building of rapport between doctor and patient.

“Through my work with the patients I realized that paranoid ideas and hallucinations contain a germ of meaning. A personality, a life history, a pattern of hopes and desires lie behind the psychosis. The fault is ours if we do not understand them. It dawned upon me then for the first time that a general psychology of the personality lies concealed within psychosis, and that even here we come upon the old human conflicts. Although patients may appear dull and apathetic, or totally imbecilic, there is more going on in their minds, and more that is meaningful, than there seems to be. At bottom we discover nothing new and unknown in the mentally ill; rather, we encounter the substratum of our own natures.”

“The psyche is distinctly more complicated and inaccessible than the body. It is, so to speak, the half of the world which comes into existence only when we become conscious of it. For that reason the psyche is not only a personal but a world problem, and the psychiatrist has to deal with an entire world.”

“It is obvious that in the course of his practice a doctor will come across people who have a great effect on him too. He meets personalities who, for better or worse, never stir the interest of the public and who nevertheless, or for that very reason, possess unusual qualities, or whose destiny it is to pass through unprecedented developments and disasters. Sometimes they are persons of extraordinary talents, who might well inspire another to give his life for them; but these talents may be implanted in so strangely unfavorable a psychic disposition that we cannot tell whether it is a question of genius or of fragmentary development. Frequently, too, in this unlikely soil there flower rare blossoms of the psyche which we would never have thought to find in the flat-lands of society. For psychotherapy to be effective a close rapport is needed, so close that the doctor cannot shut his eyes to the heights and depths of human suffering. The rapport consists, after all, in a constant comparison and mutual comprehension, in the dialectical confrontation of two opposing psychic realities. If for some reason these mutual impressions do not impinge on each other, the psycho-therapeutic process remains ineffective, and no change is produced. Unless both doctor and patient become a problem to each other, no solution is found.”

“It is of course ironical that I, a psychiatrist, should at almost every step of my experiment have run into the same psychic material which is the stuff of psychosis and is found in the insane. This is the fund of unconscious images which fatally confuse the mental patient. But it is also the matrix of a mythopoetic imagination which has vanished from our rational age. Though such imagination is present everywhere, it is both tabooed and dreaded, so that it even appears to be a risky experiment or a questionable adventure to entrust oneself to the uncertain path that leads into the depths of the unconscious. It is considered the path of error, of equivocation and misunderstanding. I am reminded of Goethe’s words: “Now let me dare to open wide the gate/past which men’s steps have ever flinching trod.”

“We lack concrete proof that anything of us is preserved for eternity. At most we can say that there is some probability that something of our psyche continues beyond physical death. Whether what continues to exist is conscious of itself, we do not know either. If we feel the need to form some opinion on this question, we might possibly consider what has been learned from the phenomena of psychic dissociation. In most cases where a split-off complex manifests itself it does so in the form of a personality, as if the complex had a consciousness of itself. Thus the voices heard by the insane are personified.” 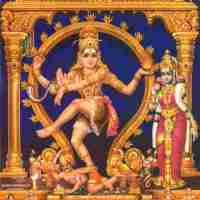 "When it's 3am and you can't sleep, open the window or step outside your house. Feel the cool, crisp air upon your skin. Take a derp breathe in and watch as you create clouds as you breathe out. Look at thd dark blue sky that hangs over your head and marvel at the beauty of it. Try to find the moon and stars that guard the night sky. Whisper all of you uncertainties out into the universe, it's ok if you let the stars carry the weight of your worries for a while. - "When it's 3am and you can't sleep, make a cup of tea, grab a pen and paper, and write all the things you wish to say in a form of a letter and address them to the people you wish you had the courage to tell. When you are done, seal them in an envelope and place them in the drawer of your beside table. Maybe one day you will share the words you wrote, but for now it's out in the world, and that is all that matters . - "When you start to shiver, step back inside. When your hands start to cramp, stop writing. When you crawl back into bed and begin to sleep, I hope you feel a little lighter." - (a.y.) @pinterest - #inspirationalquotes #nature #transactionalwriting #expressivewriting #journalling #meditations #universe Facebook page @val.180 #talesandinsightsfindingyourself
#prosolitude #inspirationalquotes #facebookpage @val.180 #talesandinsightsfindingyourself #tumblr
You are in charge of your own destiny. The only one stopping you – is you. All the other forces in the way are just road blocks that can be removed with patience and determination. Faith is just an extra thing to have when you need a reminder to stay on the path you paved for your Self. It’s not hard to follow “the path with heart”, that path is easy to follow. The path with no heart is the hardest. – ME [5.17.2012] - Insideasoul.blog category: Affirmations & humor - 'the Path with Heart - Affirmation' - Picture found @ravenous_butterflies facebook page - #affirmations #inspirationalquotes #carloscastaneda #theteachingsofdonjuanayaquiwayofknowledge #life #spirituality #spiritjourney #insideasoul #wordpress #bloggersofinstagram #blog #blogger
#tbt , to the beginning of @write_to_empower journey - #writing #creativewriting has always been an interest of mine and a way I could express myself when external words were hard to find. I have always been a bit of a loner (by choice), and kept to myself. During my times of solitude, my imaginary world was created. However, the more I interacted with my external environment, the more I became confused or scared of the #emotions and interactions I encountered (vaguely speaking), so I found #journalling as a way to express my deeper thoughts and emotions, in me late teens, some during my preteen years too. - As I became an adult, after years of school, my writings (some) evolved into my #wordpress #blog insideasoul.blog. - @write_to_empower is a group to which connects life experiences and understanding through expressive writing and storytelling. Through writing, the path to heal and connect closer to our higher self and purpose is formed. - Contact @write_to_empower or @write_embrace_heal to learn more if interested! - #activeimagination #writersofinstagram #arizonawriters
I am in the mood of #Gratitude . Everything I am, my mother helped me to be, perfections and imperfections. Today, I am grateful for my mother. - #family #motherlove #daughterlove #motherdaughterrelationship #inspirationalquotes - My Facebook page @val.180 #talesandinsightsfindingyourself
"Nothing is permanent, not even our troubles." - #charliechaplin Found at @ekhartyoga - #choosehappiness #thepursuitofhappiness #inspirationalquotes #ekhartyoga #yogamemes - follow my Facebook page @val.180 #talesandinsightsfindingyourself
%d bloggers like this: